Recently I had a discussion with someone about my growing up in New York City; he claimed that I must have grown up in a war zone. It seems that New York City is represented by movies and television and not by reality. It’s not hard to understand; the number of movies and television shows that take place in New York are staggering. And all these movies and T.V. shows do their best to make use of the most sensationalistic aspects of living in a world city, most of which are totally false.

The reality is that New York has always been between eighth and tenth in violent crime among cities in the U.S. When there have been riots in other cities over various incidents and issues they rarely spill over into New York. Despite the reputation of rudeness, which is not entirely unearned, there is a “cool” in New York that lends it a certain rough civility.

The reality of growing up in New York, for me, is not what most people expect. Out toward the eastern edge of New York is a town named Bayside. I say “town” because, for New Yorkers, there are areas that have no political apparatus with names like Bay Ridge and Elmhurst that define people’s “location” much the way that living in a “real” town would. Once its own sovereign town, Bayside was eaten by the spread of New York as it rolled like a juggernaut out from an area not far above Wall Street. It moved out to eat a chunk of Long Island which eventually became Queens and Brooklyn. I grew up in New York City but also on Long Island. “Long Island” proper is really a section of the physical island to the east of Queens, comprised of Nassau and Suffolk counties. 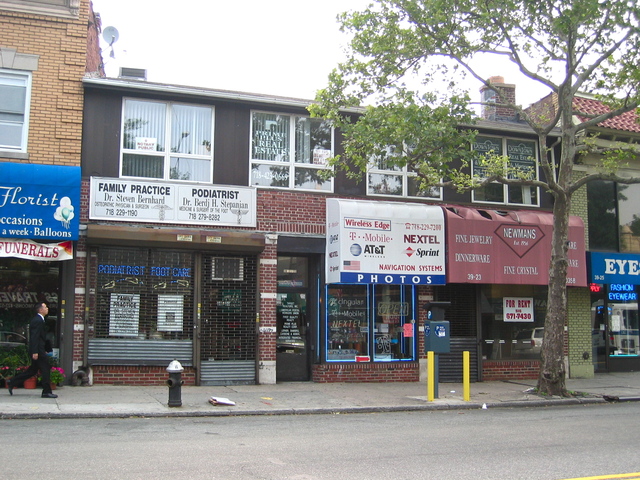 Confused? No surprise. New York’s geography is strange. It is the only city in the U.S. where the counties that comprise it are smaller than the city itself. New York County is Manhattan. Richmond County is Staten Island. Kings County is Brooklyn. Bronx is, not so oddly, Bronx County. And Queens, where I come from, is Queens county, the place where Bayside is.

Making it more complicated, all addresses in Queens are very strange and, I would guess, unique in all the world. They are they based on the “town” you come from. Yes, within a borough of New York City are separate towns that have no government but are separate just the same. Bayside is one of them. When I was a child I received letters addressed to Bayside, N. Y.

Each address has two pieces: the street you live on combined with a cross street. So a fictional mailing address in Bayside would be 10-15 Bayside, N.Y. I once got into an argument with a Nurse in Quebec who refused to believe that I had two numbers in my address. If you are in Brooklyn your address would be Brooklyn, NY, in Manhattan New York, NY. Outside of Queens there are no double number addresses and no towns in addresses.

But this is just window dressing as interesting as it might be to geography nerds. What is far more significant is that growing up in Bayside, despite being part of one of the most complex cities in the world, was like growing up in a small town. One of the things that makes it different and not what most of the world would expect from a part of New York is that the subway, something that is part of the “media” version of New York, only goes so far out into Queens. Bayside is miles from the end of the nearest subway line, making it accessible, in terms of public transportation, only by a twenty minute bus ride from the end of the subway line. The traffic through Bayside consists of only buses and cars. This cuts down on the crowding and noise. It is quiet, low on crime and almost suburban.  If you can believe that.

Sounds like it’s a technical issue but, in a big city where areas are defined by their density, an area of low density is like a lull in the storm. And what fills that lull is quiet, low rise housing, and families.

Yes there are families in the rest of Queens. And in the rest of New York. But there is a difference. Families living in small one family houses, reasonably spread apart, function like a small village. Unlike much of New York, we knew all of our neighbors for at least a block around, often going to visit them or attend parties. Pretty good considering that we are talking about forty houses. And even for blocks around we’d know someone living in every few houses. 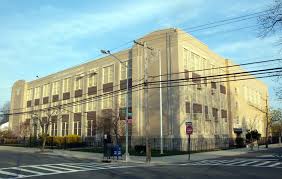 Unlike the images of Snake Plisskin shooting his way through an army of decadent post-apocolyptic New York Zombies in “Escape from New York”, when I grew up, I would walk out onto my small lawn and sit, without my parent’s supervision. Or I would walk up to my friend Judy’s house down a quiet street without looking over my shoulder. We would play on our street until dark and, as we got older, beyond dark. No parent was worried and we required no supervision. Right in New York City was a place just like the wonderful small town communities that we hear about where no one locks their doors. Of course, living in New York we all locked our doors; it’s part of the culture J. But my parents didn’t put in an alarm system until I was I had been out of the house for ten years.

Late at night there was no noise to speak of. It was so quiet that all you heard was the faint sound of traffic on the ClearView expressway five blocks away. There were no people walking the streets; talking at the top of one’s lungs late at night as I later experienced when I moved to Manhattan was not done in Bayside; people stayed indoors late at night with their families. The stores around us were not your average big box store. All the stores were small and family owned. One store, three blocks away, was like a mecca for everyone in the neighborhood. All your neighbors would show up their sooner or later and you’d end up seeing them at least once a month. I remember standing in front of the only decent candy and snack cache for miles around. Funnybones, Slim Jims, Snobols, Wise Potato chips, Cracker Jacks, Sweet Tarts. Yes, for all my younger readers: all of these delights existed in the ‘60s.

What surprised me was when moved out of New York was that I found several facebook pages dedicated to Bayside. Part of the appeal has always been that Bayside is a waystation, a place where  immigrants to New York move out of their crowded first locations to what amounts to their first suburban experience. It’s a conduit to realizing the American dream.

My neighbors consisted of a mixture of Irish, Italian, Jewish and a smattering of other ethnicities. The real, living culture of my town was a spontaneous mixture of all the groups that lived there. No one questioned a Jewish bakery, or a german bakery, or an Italian restaurant. Though I am not Italian, one of my greatest treats was to go to the local pizza place and get a piece of the oddly  square cut Sicilian pizza. One of the coolest places to eat in Bayside was Maria’s Trattoria, a small Homestyle Italian kitchen. Not far from me was a Chinese restaurant, one of the first in Bayside. Whatever food or culture that was in Bayside was accepted as though it had always been there. It was home and everything made sense, even as far back as the sixties. A new culture, but a rich one and living one just the same. Jews, Germans, Irish, Italians, Catholics, Protestants. All different and all the same.

People have changed in Bayside but not Bayside itself. While the Irish and Italians have been replaced by Asians, it still is the same small town, the same waystation. Bayside will always be an incubator for American culture, just as it was in my generation. The odd lesson of New York City is that one of rudest and bad tempered place on the planet is also one of the best examples of people living together and fulfilling the promise of the constitution and  scripture in that you are likely to treat people who are different than you as brothers. If you asked any New Yorker if those around him were his brothers he laugh long and loud. But in the end that would be the truth.